Tahmena Bokhari, Mrs. Pakistan World 2010 was born in Toronto, Canada and spent some of her childhood years in Faisalabad, Pakistan. She won Mrs. Pakistan World 2010 in Toronto, Canada on January 2nd, 2010 and went down in history to represent married women on an international platform. In November 2010, she represented Pakistan in Jamaica for the Mrs. United Nations pageant and won the title of Mrs. United Nations 2010. She was the first Pakistani woman to go down in history to win a title for Pakistan.

Growing up, Tahmena had always been passionate about social causes, volunteering countless hours and raising awareness on important issues facing our communities. She obtained her Master’s in Social Work from the University of Toronto and traveled abroad working with victims of poverty, orphans and natural disaster survivors. Specifically, she has worked extensively in the relief efforts following the October 8th 2005 earthquake in the northern areas of Pakistan.

Today Tahmena Bokhari is a consultant, social worker, and global citizen. She has worked with governments, community organizations, and academic institutions and various diverse communities across the Greater Toronto Area. She has been especially passionate about diversity, violence against women and issues surrounding immigrants.

Tahmena plans to use this platform to raise larger awareness on women issues. She states, “I hope to inspire men and women to participate in creating positive energy in the home and in the community and to live holistically balanced and happy lives.” As hobbies, Tahmena enjoys modeling, fashion designing, dancing, and writing. 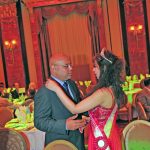 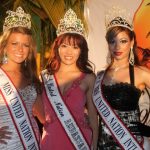 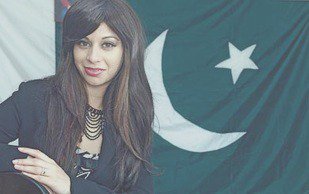 Tahmena Bokhari, Mrs. Pakistan World 2010 was born in Toronto, Canada and spent some of her childhood years in Faisalabad, Pakistan. She... 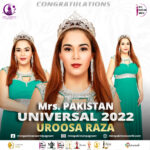 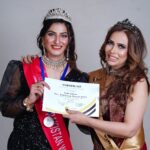 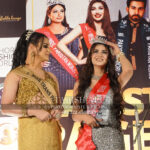